This week, as I walked around places in Singapore, they become reminders of the enormous role that Mr Lee played as the founding father of Modern Singapore. These reminders become especially strong when my colleague and I were in the queue to pay our last respects to him.

Hyperlapse of the queue via The Straits Times:

The few hours of queuing seems to form a trail, leading me through the advancements of Singapore – the transformation of Singapore to become a global financial hub that is situated at Raffles Place and Marina Bay area, the celebration of the Arts at the Esplanade, and the clean up of the Singapore River, where it used to be full of rubbish and reeking of stench.

I became reflective and renewed my appreciation for Mr Lee’s leadership. My colleague and I also struck up conversations with the people queuing before and after us, discussing about the transformation of the Singapore River and how far Singapore has progressed. In addition, it is heartening to see shop owners and volunteers, who helped to provide water, a vital resource to brave the hot sun. Some shops even provided seats for the elderly who were in the queue.

Finally, we reached the Parliament House. While passing through Security, you will be able to see walls of condolence cards. Inside the building, everyone paid their respects in an solemn and orderly manner. As the queue is very long, we were only allowed to stop briefly to pay our respects. 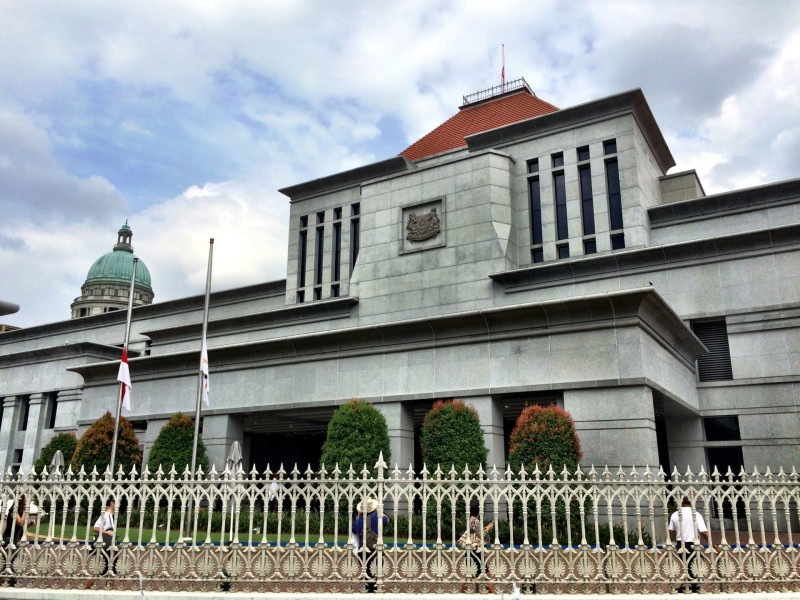 While we can only stop for a few minutes in the Parliament House after waiting for several hours, I would say that Mr Lee, who dedicated his life to Singapore, definitely deserves our Respect.

I have spent my life, so much of it, building up this country. There’s nothing more that I need to do. At the end of the day, what have I got? A successful Singapore. What have I given up? My life. – Lee Kuan Yew

Mr Lee led Singapore’s transformation from a fledgling country with no natural resources upon Independence into a renowned global financial hub and a clean and green city that is safe to live in. It is this strong foundation that enables Singapore to prosper till date, where Singapore enters its 50th year of Independence.

Thank you Sir. Farewell, and may you rest in peace.